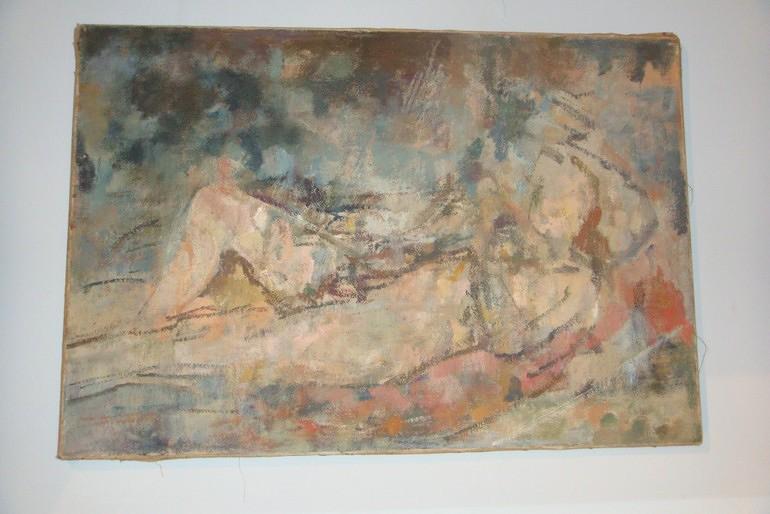 W: 100cm (39.4")H: 68cm (26.8")
SOLD
William Brooker studied at Croydon School of Art between 1936-9, and after serving in the army towards the end of the war, continued his studies in London at Chelsea and Goldsmiths. He enjoyed a long and successful teaching career, during which he held posts at Harrow, Ealing, Willesden, Central and Wimbledon Schools of Art. Among his many students was Howard Hodgkin, who he taught at the Bath Academy of Art at Corsham. Hodgkin described his mentor as `the only real teacher I ever had ... he made one feel that painting was a very important occupation. Quite unique. No one else seemed a bit like that. He was a great teacher` (see N. Wadley, exhibition catalogue, William Brooker Retrospective, Newcastle Polytechnic, 1987). This oil dates fromm c1950.