A large applique textile depicting an Egyptian Pharoah riding in a horse drawn chariot with two attendants. This is believed to be one of Ancient Egypts greatest rulers; Ramases II - who was a formidable military campaigner and prominent ruler and was often depicted in this manner showing his many battles and conquests on stone, statues, palaces and temples.  Wonderful heiroglyph detail. Since the discovery of Tutankhamum`s burial chamber in 1922 by archaeologist Howard Carter, there was a massive interest and revival in all things Egyptian. This textile would have been made for tourist souvenirs c1920/30`s.  This cotton applique textile has been mounted by us on a frame. 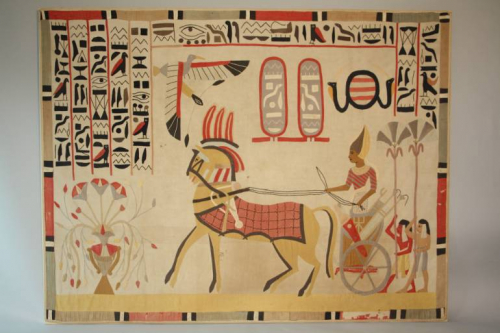 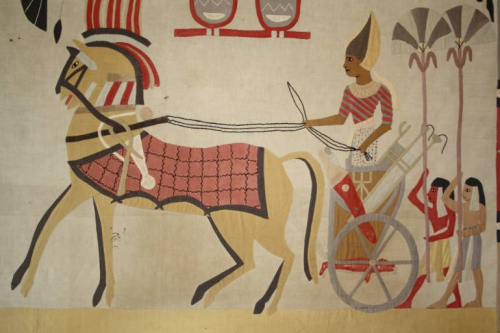 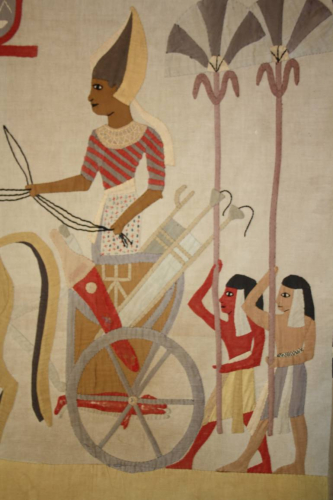 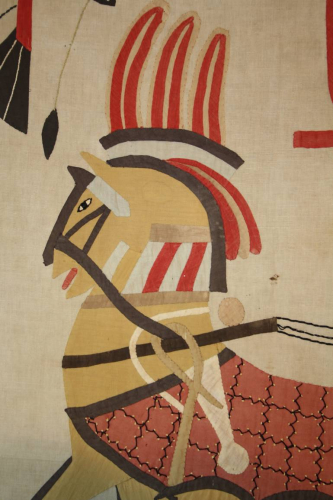 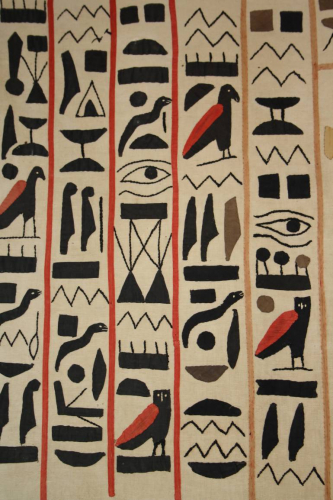 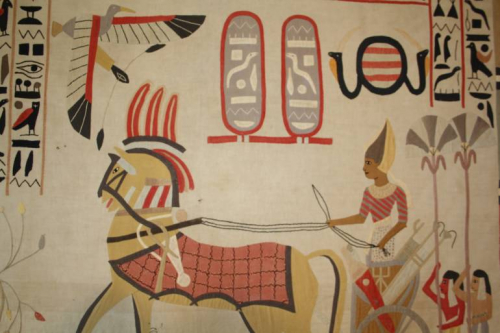